If you’ve recently added some living space to your home by either remodeling or adding on, you’ll probably want to condition the air in order to use the space during the winter and summer. A ductless mini split heat pump is one of the easiest ways to add heat and cooling to a new space in your home, since these systems don’t use any air ducts to deliver air.
Although the technology has been used abroad for years, it’ relatively new to the U.S. These systems are just like heat pumps, but instead of requiring a central air handler, the systems use separate units that blow directly into particular rooms or zones. 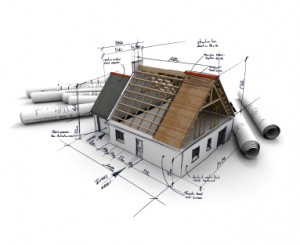 The major advantages of ductless mini splits include:
Ease of installation – Unlike standard heat pumps, these systems require just a conduit to provide the power, refrigerant and drain lines to feed up to four indoor air handlers. The installer drills a three-inch hole through the exterior wall to run the conduit. The smaller systems can run off 120 volts, simplifying the wiring.
Energy efficiency. Because no ducts are involved, no losses occur moving the air. Ducts can leak and lose heat or cold as the air travels through un-insulated ducts or spaces. Some mini split compressors can handle four separate air handlers for different spaces within your home, and each has a separate thermostat. When you’re not using a space, you can turn the handler off or set the temperature higher or lower, saving energy. Some of the mini split systems also use energy-efficient components, including variable-speed motors that use considerably less electricity to blow conditioned air than a single-speed motor.
Design flexibility.The air handlers can sit on the floor or hang from ceilings and walls. Since most systems have remote controls, it’s easy to change the settings with the touch of a button from a distance.
VanKleef Heating and Air Conditioning, Inc. 812-280-0510
Rosie Baker2019-07-19T21:59:20-05:00April 4th, 2017|Cooling|